A new version of Sketchy Maze has been released! 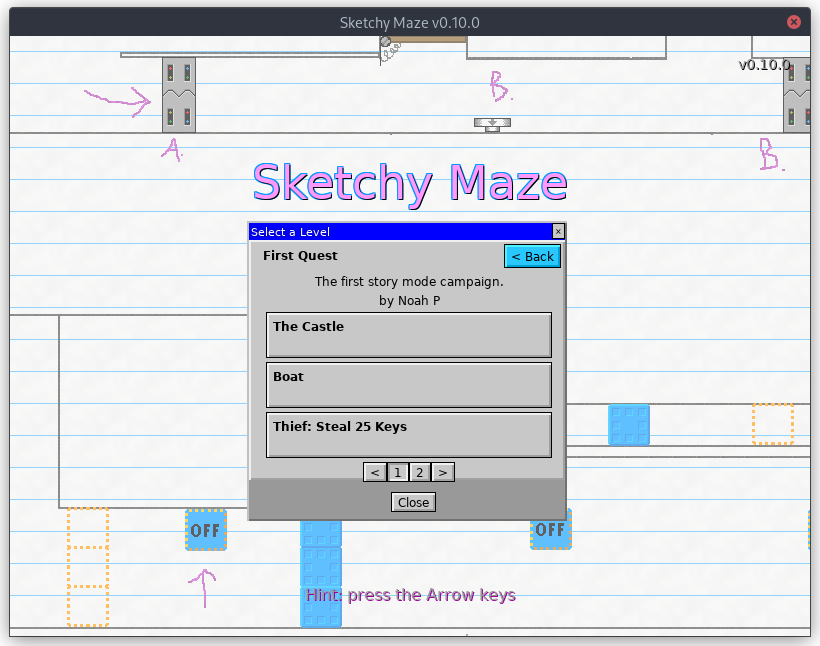 Some new features of this release include:

Players can create their own Level Packs which are collections of levels that are played in series. The game’s built-in levels have also been grouped into a couple of Level Packs.

You may “Edit” a level from a Level Pack and remix it or learn from it without affecting the original level data.

You can download the latest release here, free for all desktop operating systems (Linux, Windows, Mac OS) and Linux smartphones!