Sketchy Maze is a drawing-based maze game themed around hand-drawn maps on paper.

In Sketchy Maze, players may draw their own custom levels and play them as in a 2D platformer-type game. You can make your levels look like anything you want, and you decide which colors will be solid or which are fire; and then drag some "doodads" such as buttons, keys and creatures into your level to make it interesting. Oh, and those doodads? You can make your own, too, and program them in JavaScript to do whatever you want!

The game also features a "Story Mode" with some built-in levels, and players may also compose their own such Level Packs to share with others, too! 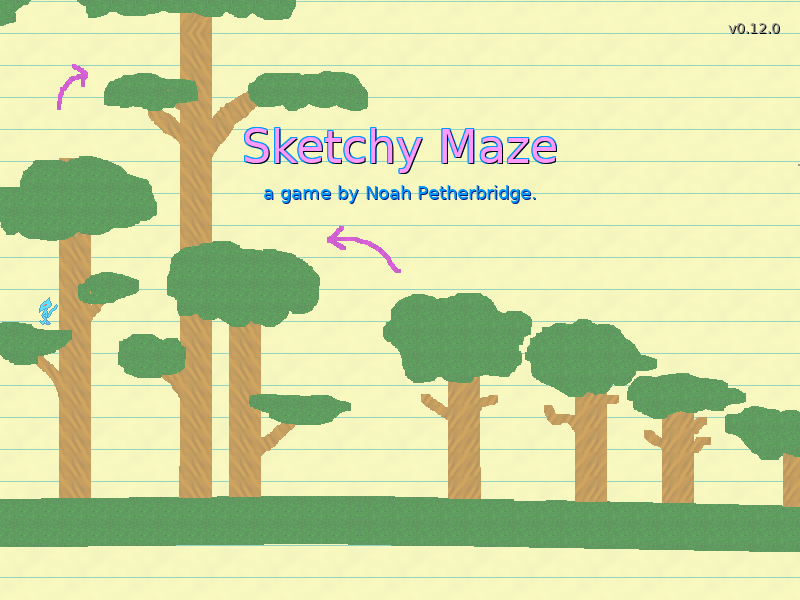 This game currently runs on GNU/Linux, Windows and macOS (Intel) computers and on Linux handhelds like the Pinephone or Librem 5 (arm64). It is currently available as an early, open beta release. See the Downloads page to try it out, free!

See About, FAQ and the Guidebook for more information about the game.

This release brings a handful of minor new features to the game.

First, there are a couple of new Pixel Attributes available in the level editor: 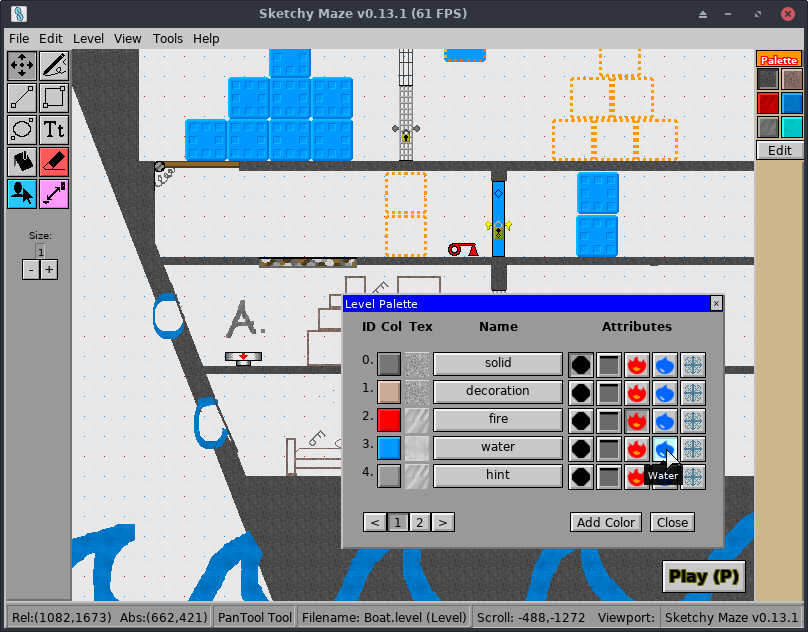 Doodad/Actor Runtime Options have been added:

Several of the game’s built-in doodads have new Actor Runtime Options you can configure in your custom levels:

There are new JavaScript API methods available to doodad scripts:

Some improvements to the doodad command-line tool:

See the Downloads page to try it out!

A new major update to the Sketchy Maze beta has been released! This update continues to improve on performance and stability with a new file format for Levels (& Doodads) which greatly reduces memory use when playing large and colorful levels such as Azulian Tag - Forest – down from 1.5 GB of memory to closer to 200 MB, making these larger levels playable on lower power devices.

Your existing levels & doodads created with earlier versions of the game still work! The update is backwards compatible and your files will be transparently upgraded to the new format on its next save.

This release also comes with a lot of new content: 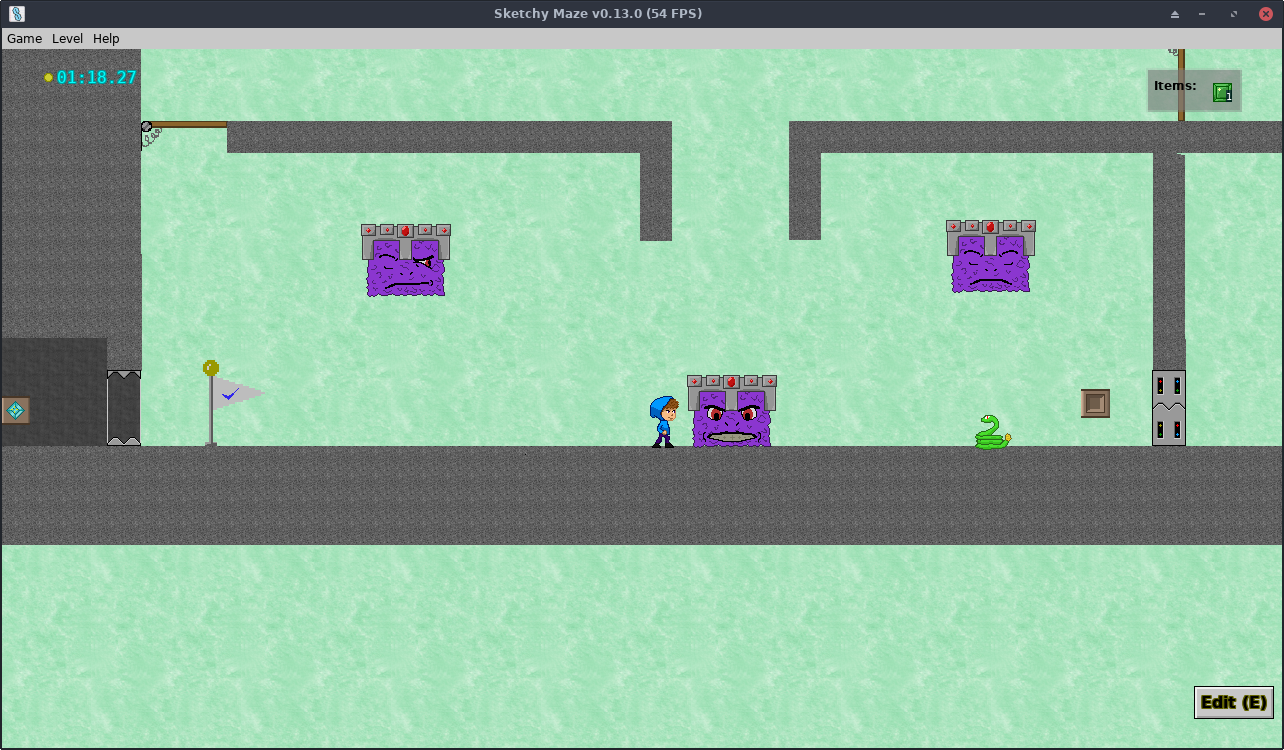 There are a handful of other changes and smaller features which you can see on the change log. Head over to the downloads page and try out the latest release today!

A new version of Sketchy Maze has been released and this one focuses on improving performance and memory usage of the game. Two of the game’s levels (“Azulian Tag - Forest” and “Shapeshifter”) were especially taxing on the game and 32-bit builds could sometimes crash for running out of memory! The game tries to be much nicer about freeing up memory when not in use and more proactively loading/unloading level chunks during gameplay.

This release also fixes a long-standing bug where the player character could “climb” walls to their right. See the full details on the change log and download the latest version!

A new beta release of Sketchy Maze is now available. This release brings a lot of new features to the level editor, such as a Text Tool and Flood Fill Tool, and adds a couple new levels for a game mode called “Azulian Tag.”

In Azulian Tag, the player who is “It” (that’s you) needs to avoid being tagged by the enemy characters, most of which are Azulians. The Azulians on these maps have an infinite aggro radius and will chase after the player no matter how far away you are! To get the gold medal high score, you need to find the secret exit hidden in each level. Otherwise, you’re awarded a silver high score based on how long you survive until one of the Azulians catches you! 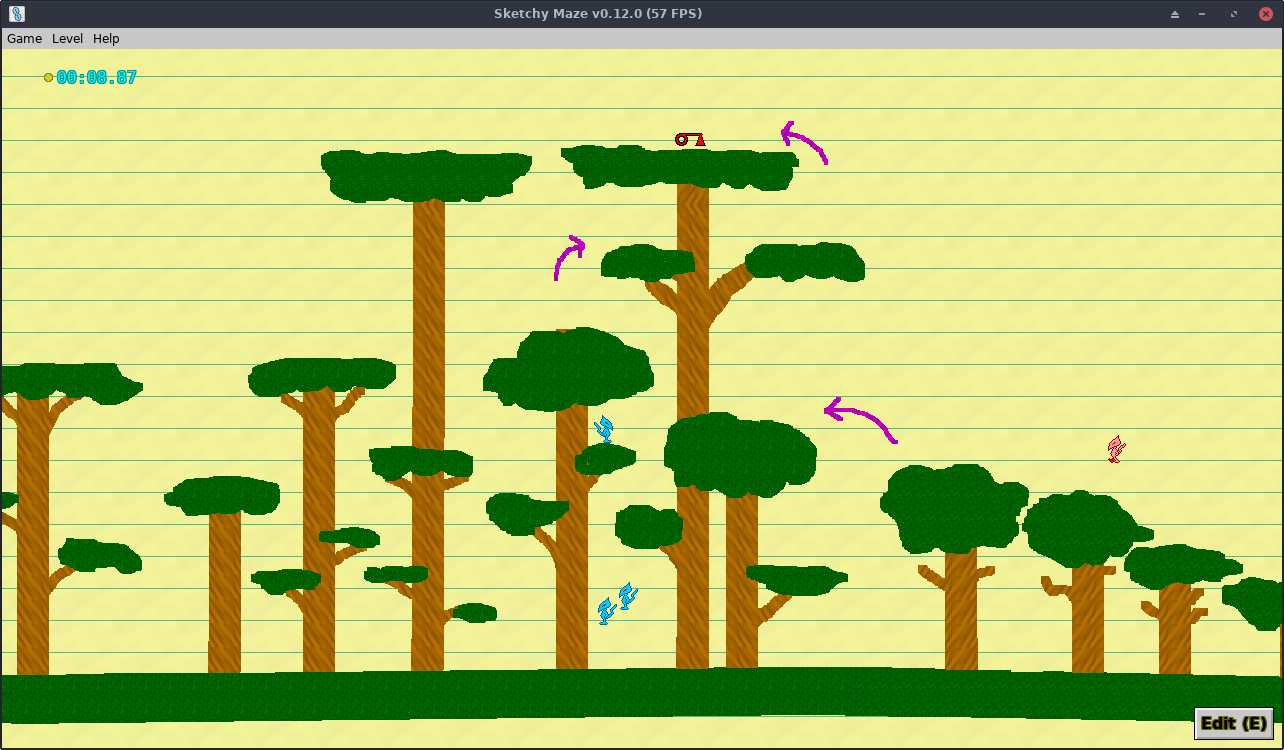 Some new drawing tools are added:

New Game Rules can be customized on your level to change the game’s default behaviors, including:

This is a new, major release of the Sketchy Maze beta. There are a bunch of new tweaks to gameplay including controller support and an A.I. overhaul for the enemy creatures.

Download the latest release now or see the change log for full details. The highlights of this release are described below. 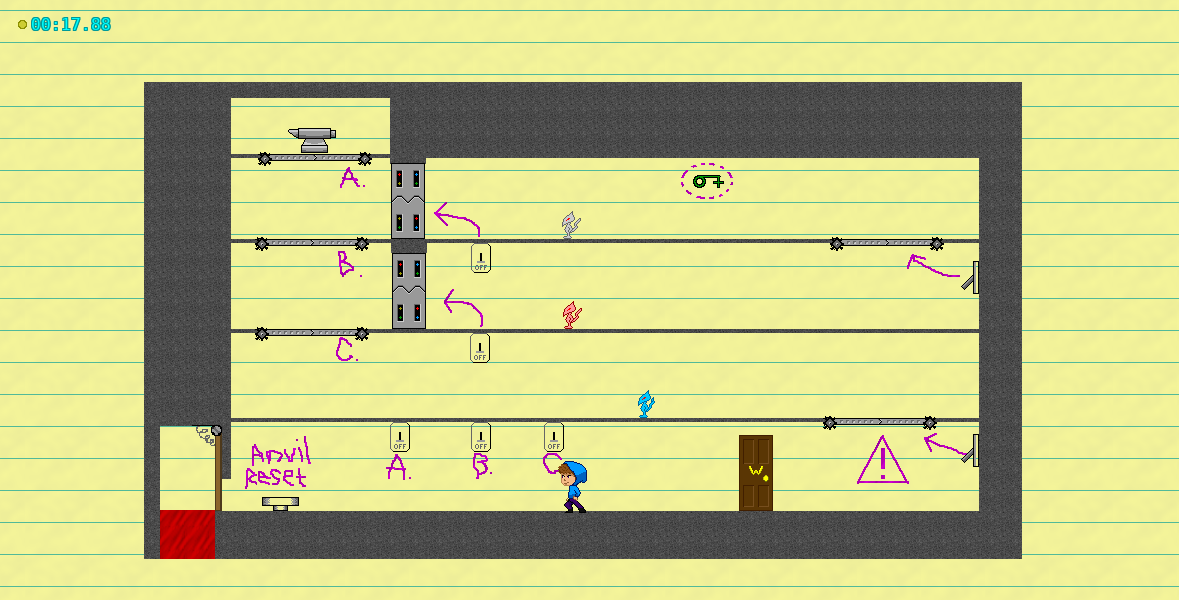 The Bird will search for the player and dive-bomb at them when it sees a shot it can take. Birds do not attack players who can fly, so they are friendly to the player character if you play as the Bird. When under the player’s control, the Bird can dive to kill other mobs such as the Azulian.

The Anvil, under the player’s control, is invulnerable to damage from enemy mobs and it can crush other mobs by jumping onto them.

Sketchy Maze can now be played using an Xbox-compatible controller, including some from Nintendo such as the Switch Pro Controller.

If you have a Nintendo-like controller where the “A/B” and “X/Y” buttons are each swapped compared to an Xbox-like, you can choose the “N Style” button layout in the game’s settings. Every PC game controller in my house is a Nintendo-style one, so this button mapping is a first-class citizen in my game!

See the Gamepad Controls in the Guidebook for full details!

Two new levels have been added:

And there’s a new doodad:

For the technical details, I’ve replaced robertkrimen/otto with dop251/goja - check their documentation for updates on ES6 syntax support!

There are also new features in the scripting API to allow doodads to search the level for the player or other actors. Check out the functions tagged “v0.11.0” on the Script API Reference for full details.

Download the latest release for Windows, Mac OS or Linux!