Sketchy Maze is a “drawing-based maze game” themed around hand-drawn maps on paper. You can draw your own custom levels and make them look like anything you want. Draw a castle or a cave, and you decide which colors are solid or which are fire, and drag-and-drop some “doodads” such as Buttons, Keys and Doors to spice it up. 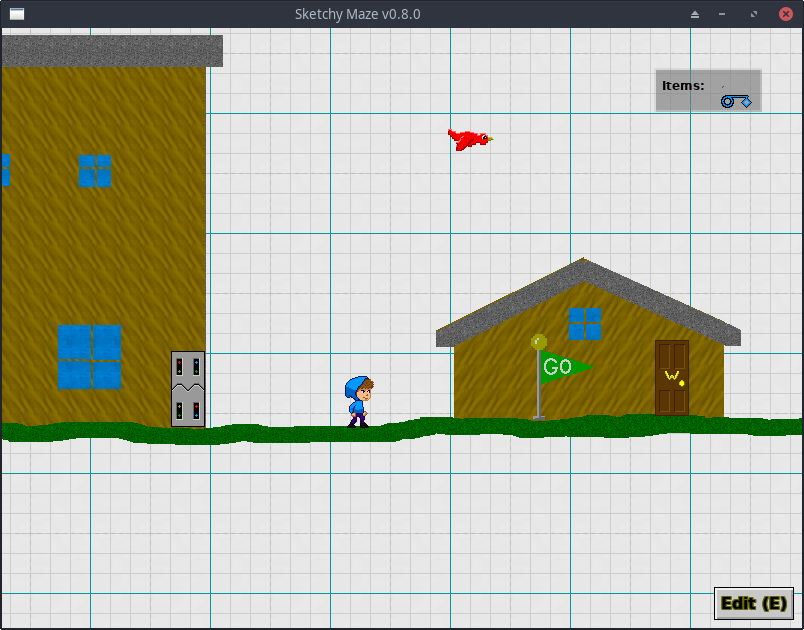 Oh, and those doodads? You can make your own, too, and program them in JavaScript to do whatever you want. See some example doodads or you can learn from the game’s built-in scripts. Without needing to even look at any JavaScript, you can create doodads in-game which have your choice of basic generic script behaviour: to create a “fire” hazard, a solid hitbox, behave as an Anvil, and so on. See Creating Custom Doodads for details.

When I was a kid growing up in the 1990’s, in the era of the Sega Genesys and Super Nintendo, and with the proliferation of 2D platform games like Sonic the Hedgehog and Super Mario Bros., I used to enjoy drawing my own custom level ideas with paper and pencil and then “play” them with my imagination.

I’d usually draw a side-view, 2D platformer type of maze; and draw in some locked doors and keys, buttons, breakable floors, spikes, and so on as you would expect to find in any platformer game. Then I’d imagine a character working their way through the maze, or I’d walk it through with anybody who would listen and describe how the level plays out.

When you’re just drawing with a pen and paper, the maze can be anything you want. You can draw a castle or a cave, place little gizmos and traps throughout the level and create puzzles. Do you want the red pixels to mean “fire” and burn the player? Or do you want to decorate the tops of “bloody” spikes with red? Either way, the ‘fire’ attribute on that color will do the job and you can draw whatever shape you want for your level hazards. 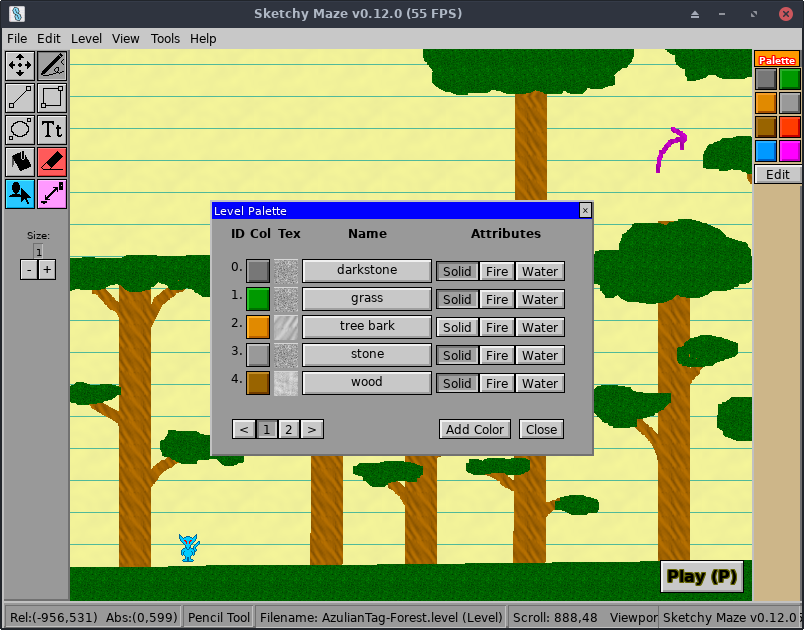 Sketchy Maze is a “Forever Project”

I have a list of features I really want for the “1.0” launch of the game, but I’ll plan on continuing development for as long as I find it interesting and will release free updates to everybody who buys the game just once.

I’ve always wanted to make a videogame, and always liked to learn about game design and everything, but never actually made anything worthwhile until Sketchy Maze. Over time, I realized that I don’t actually want to build “a video game,” what I wanted was a game project. Something I could just work on and add features to, more of a game “platform,” something long-term like Minecraft.

While the game ships with a handful of built-in doodads to spice up your level, you can also create your own and program them to do whatever you want, with JavaScript!

I want to see what sorts of creative things people can come up with. While the theme of Sketchy Maze is “hand-drawn maps on paper”, the engine is actually quite flexible and you can create full-color pixel art levels. The doodad tool can convert PNG images into levels and it is not difficult to adapt full-color pixel art maps into playable levels for this game.

See the example doodads where there will be example custom doodads that behave like some of the game’s built-in ones. The JavaScript API is documented in the Guidebook that comes with the game.