A new version of Sketchy Maze has been released! This release comes with some huge quality of life improvements, new doodads, and a new level! 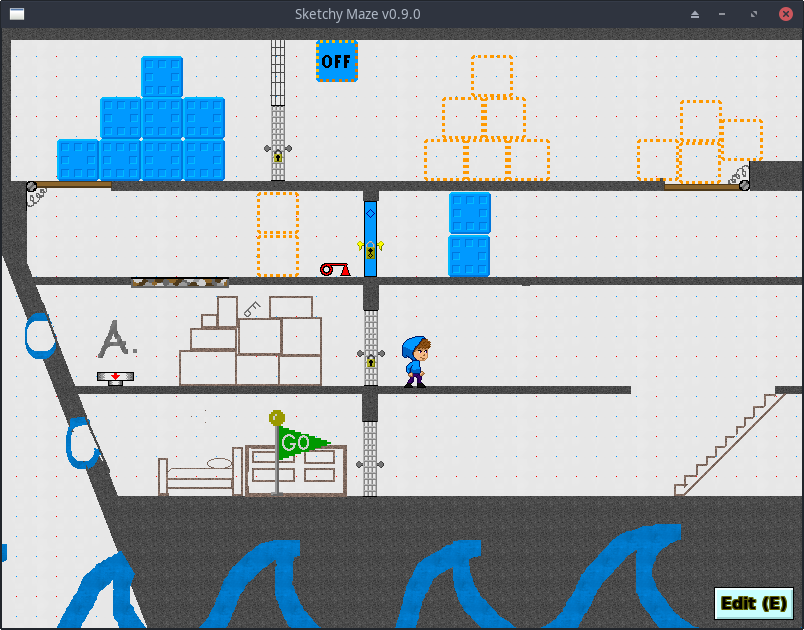 Some of the highlights of this release include:

The game is now 100% playable on Linux mobile devices such as the Pine64 Pinephone. In the level editor, drag with two fingers to pan the view of your level and for gameplay, just touch in the direction you want to go. On-screen hints will appear if you stand still for a moment. I’m beginning to look at Android support, stay tuned!

Take a huge screenshot of your entire level in the editor! May be a little buggy for levels having negative coordinates (to the left and above origin). Bounded and Unbounded levels come out the best. Give it a try!

Some improvements to the level editing experience:

There’s a bunch more changes, check the change log for the full details.